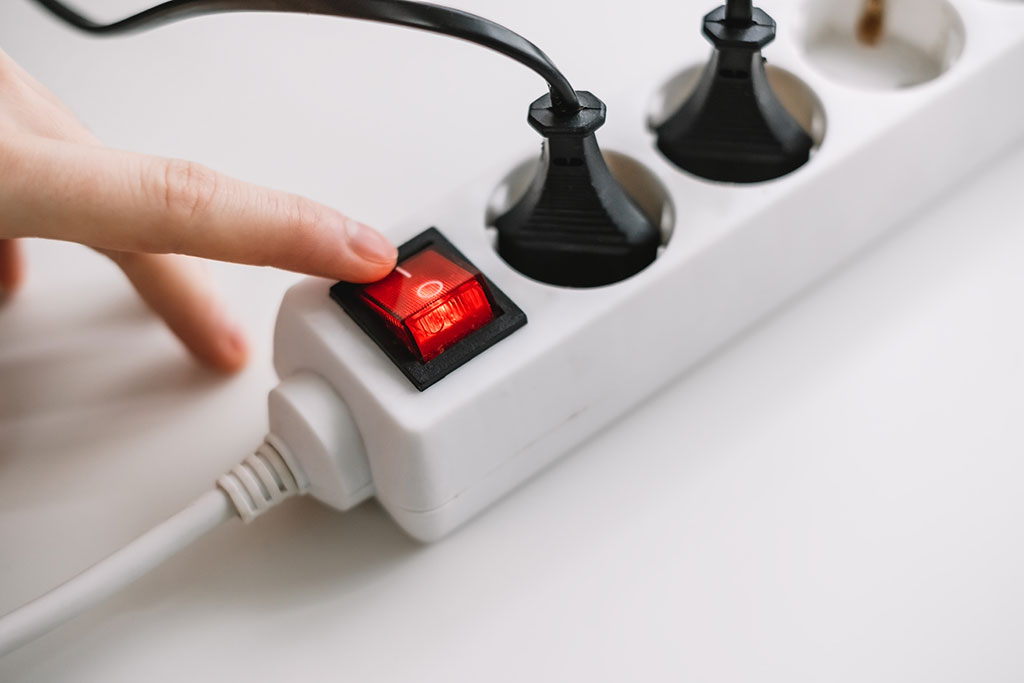 While electricity is necessary for our survival and allows us to connect with others, it can also be dangerous. Electricity can cause serious injuries or even death when mishandled. Electricity has the capability of killing or seriously harming humans, as well as causing significant damage. However, you may take simple measures when working with or near electricity and electrical equipment to reduce the chance of harm to yourself, your coworkers, and others. The poor quality of electrical appliances and people’s carelessness is responsible for many electrical problems. In the lack of basic safety precautions, fire and electric shock can be fatal. In the absence of these precautions, the main dangers of electricity at home are fire and electric shocks, both of which can be lethal. Knowing what causes shocks can help you avoid them or minimize the frequency with which they occur. With that said, here are ten electrical safety tips to prevent injury.

It’s simple if the production company does not clearly state anywhere in the user’s manual that the electrical appliance is waterproof, then it probably isn’t. Contact with water can be terrible for you. It can burn as well as electrocute. You should seek medical assistance if you have suffered significant electrical harm. Minor burns can be treated at home, but anything more requires medical attention. Always remember, when utilizing electrical appliances, keep them away from water. When hair dryers, electric power tools, TV sets, radios, etc., come into contact with water, they can quickly become electrical hazards.

ENSURE ELECTRICAL COMPONENTS ARE SAFE TO USE

Because the energized metal prongs are visible if the plug slides out partially, it can be hazardous. Prongs that are carelessly inserted into slots are prone to sparking, which might cause a fire. Also, electric shock or electrocution can be caused by exposed cables. Faulty electrical wiring can cause fires as well as electrocution should you touch an exposed wire.

Faulty appliances, lousy wiring, tripped circuit breakers, power line over surges, lightning strikes, and other factors can create electrical surges. Also, when the flow of electricity is halted and then restarted, or when anything sends electricity pouring back into the system, power surges occur. You may have electrical equipment plugged into the home grid or the wire itself if you begin to experience frequent surges. The best way to prevent power surges is to use a surge protector. A power spike or surge without a surge protector could decrease the life of your computer, wipe out all of your data, or even entirely destroy it. In fact, any high-end electrical item should be protected with a surge protector.

USE A GFCI BREAKER

Ground Fault Circuit Interrupters, or GFCIs, are designed to detect even minor electrical current leaks. Electrical problems that could cause electricity to flow through you to the ground can cause bodily harm if you don’t have a GFCI installed. When a GFCI breaker trips, the current traveling down an unexpected ground channel is instantly disconnected, even if the current is too little to trip a standard circuit breaker.

When the maximum amperage of the electrical circuit you’re utilizing is exceeded, PowerPoint overload occurs. This can happen if you plug too many gadgets into a single outlet or if you operate appliances that require a lot of power at the same time. When an outlet is overloaded, the circuit breaker trips, interrupting the flow of electricity throughout the circuit. In addition, the wiring will overheat if a circuit breaker fails, causing the wire insulation to melt. To prevent an outlet from overloading, an electrician can inspect it and provide information on the home’s circuit configuration.

DO NOT ALWAYS IGNORE CIRCUIT BREAKER

UNPLUG YOUR ELECTRICAL APPLIANCES DURING AN ELECTRICAL OR THUNDERSTORM

Use your computers, laptops, game systems, washers, dryers, stoves, or anything else plugged into an electrical outlet as little as possible. This is because a surge of electricity can burst through the power wires if lightning strikes near a nearby electric pole. And, as previously said, power surges can be disastrous for your appliances. So, as severe weather approaches, disconnect your electrical devices. Then, if a power surge generated by a lightning strike uses the home’s wiring system as its primary or secondary path. In that case, the devices will be entirely disconnected, preventing any harm.

Downed power lines can be hazardous, and under no condition should they be touched. Even if they are not sparking or humming, Fallen electricity lines can kill you if you contact them or the ground nearby.

GETTING A SMART POWER STRIP

We all know the glory of being the handyman of the house can be excellent. Still, please acknowledge severe cases that are out of your hands and call your electrician. You will find the best electricians at RG Electric.