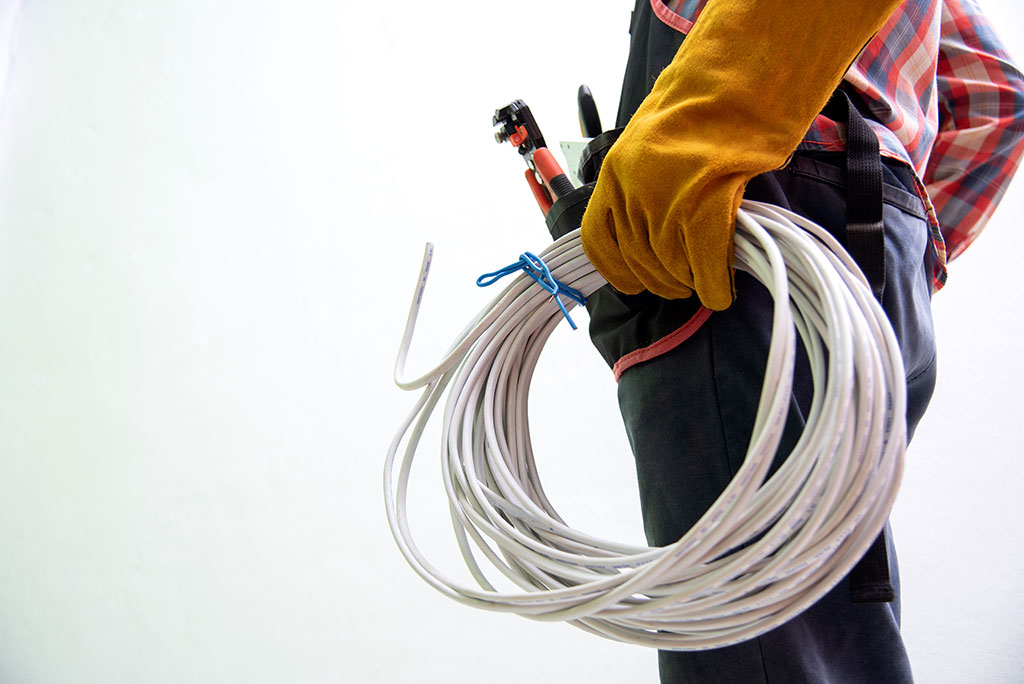 How do wires work?

Electrical wires play a significant role in providing power for electrical devices and your home in general. But what is the science behind their operation? RG Electric has carried out extensive research to determine how electric wires work. Before you can decipher the working principles of electrical wires, it is great to understand the difference between wires and cables, as most people use these terms interchangeably.

An electric wire is a material component that can conduct electricity. Electric wires are the individual conductors that are found inside a jacket. It may be bare or insulated with a color-coded PVC coating. Copper is the primary conductor used in most electric wires because it has high conductivity and is less expensive than other metallic conductors like silver. In contrast, a cable houses more than one wire assembled in a single jacket.

What is the working principle behind electric wires?

Electrical wires operate by offering a path of low resistance to the flow of current through them. When an electric wire comes in contact with a power source, there is a movement or flow of electric charge or electrons in the wire. The electric charge flowing through the wire is known as the current. The copper atom has electrons, neutrons and also protons.

While the neutron and proton in the copper do not move, the electrons have to move through billions of atoms in the wire at a speed of 0.02 cm per sec. Although this movement may seem quite slow, if you connect a wire to a switch and turn on the switch, the light comes up immediately.

You can liken the movement of electrons in a wire to a pipe filled with marbles. If you try to add more marbles to the pipe, other marbles may have to exit from the end of the pipe before you can do so. Turning on a light switch means some electrons at the end of the wire have to leave, thus causing your light to turn on.

As long as the wire remains connected to the light source, the flow of electrons in the copper atom continues and ensures that your appliances constantly receive electric power,

What are the types of electrical wires?

It is important to hire a professional electrician that can help select the most suitable type of wire for your home wiring projects. All electrical wire has to conform strictly to local building codes before they can be installed in your homes or offices. Here are some of the common types of electrical wires:

Solid wires contain a single wire strand. Solid wires are effective when wiring breadboards and may be used in areas with low wire flexibility. Solid wires are mechanically rugged due to their less surface area, making them better protected against corrosion and environmental attack.

Stranded wires have several smaller wires wrapped to produce a larger wire conductor. Stranded wires have higher flexibility than solid wires. They are effective when you desire higher metal fatigue resistance. They may be used in connecting circuit boards for various devices with circuit boards and are found in cables used for welding electrodes, connecting machine parts, a computer mouse, musical instruments, mining machines and more.

Perfused wires are like stranded wires. However, they are thinned heavily before being fused. They share similar characteristics with solid wires but are more flexible than solid wires.

Braided wires have several small wire strands that are braided together. Unlike solid wires, these wires are more flexible and mostly used as electromagnetic shields in cables for noise reduction.

What are the different color codes for wires?

All wires have a standard color code, and they include the following:

The white color of a wire indicates that the wire is neutral. The wire completes a circuit by carrying the current to the panel.

Red/ black color in a wire signifies a hot or live wire. It shows that this wire transports current to a device such as a light fixture, appliance, or receptacle from the panel.

A green or bare color code shows a ground or earth wire. A ground wire is used in cases where there is a ground fault. Ground wires allow for the return of current to your home’s breaker, cut off electricity or blow out a fuse.

Do you need a professional electrician to wire or rewire your home? RG Electric has licensed and experienced electricians that can offer you professional home wiring services in Los Angeles.