Home » Blog » Which Way Should A Ceiling Fan Spin? 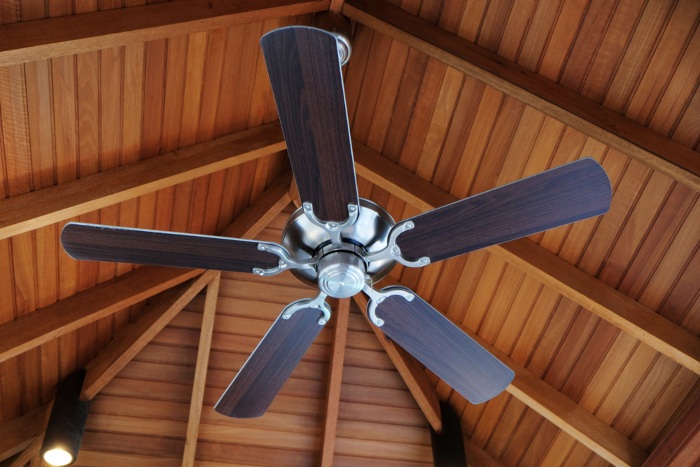 Which Way Should A Ceiling Fan Spin?

Did you know that a ceiling fan can rotate two ways, thanks to a little switch on the fan base? Today RG Electric will shed a little light on your ceiling fan, its little switch, and how to use it.

What the switch does is it will switch the rotation direction. You may ask about counterclockwise or clockwise rotation, but it’s confusing because it depends on which direction you are facing while standing under the fan. But in reality, you don’t have to worry about it.

All you need to think is whether it’s pushing the air down upon you or if it’s pulling air up against the ceiling. The question is now, which one do you want?

Which Way Should A Fan Spin in Summer?

When you live in California, the climate here has two extremes – it can be wet and dry. And in summer – very hot and humid. So you should know how to switch your fan to make your home a little more comfortable and possibly save a little bit on your energy bill.

Go to your ceiling fan and turn it on. Do you feel a slight draft, like it’s pushing air down? It’s likely to spin counterclockwise. You can notice blades are angled in the way to go through the air. What happens is that it hits the air, pushing air down upon you.

This is the setting you want for the warmer months that causes a wind-chill effect. You’ll probably want to keep your home at higher temperatures, but because you have this cooling effect, it’s more comfortable and efficient.

Which Way Should A Fan Spin in Winter?

In the winter months, you don’t want a cooling effect. You might keep your home a little cooler without a  breeze. However, you may want to pull your air up and then rotate that warm air off your ceiling to give a circulation effect to move some areas around your home without causing a draft. So all you need to do is just flip that switch to the opposite position.

You should see the rotation going opposite to the previous mode and not fill the draft now. So now you have the air pulling up and circulating your room, which will bring that warm air that wants to rise and circulate it, making it more efficient. That’s what that switch does.

Unfortunately, many people don’t switch a fan throughout the seasons, but they should because it will help them with overall energy bills and the comfort level of their home. If your fan switch is broken or you’d like a ceiling fan installed in your home, contact RG Electric. We service Los Angeles and the whole LA Metro Area.